Trustpilot
Find
Your Cookie Preferences
We use cookies and tracking technologies of third parties to remember your preferences, to measure and analyse the use of our websites and to optimize your experience on our websites. If you agree please click “accept”. You may here decline the use of those cookies. You can manage at any time the use of cookies through your browser settings and withdraw your consent at any time. For more information see our Privacy policy.
Accept and continue 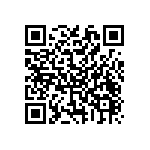 Sipping a Cuba Libre by the sunset, driving classic cars through city centres, chuffing on Cuba Cigars and tasting the cuisine of traditional Cuba was all a dream…until now!

A number of lucky installers and their partners still have the chance to secure their place on the trip of a lifetime to the iconic Cuba destination, with the Glow-worm Mystery Trip 2021, by registering their installs on Club Energy by March 31st.

Lay back and relax!

There is going to plenty of time to soak up rays on Cuba’s 3,500 miles of coastline. Kicking back beach side with a Cuba Libre is just what you’ll need.

You may not be fluent in Spanish, but you’ll get plenty of time to get to know the locals at Cuban Cigar rolling courses, vintage car tours, food experiences for days and nightlife festivities.

We've got you covered

You’ve helped us to keep Britain glowing, so as a thank you we’ll keep you glowing in style in Cuba with all expenses paid! All you have to do is put your holiday pants on, and board that flight!

Anyone who signed up to the Mystery Trip 2021 and didn't make the trip will still earn themselves £300 cash. So, keep registering your boilers and after March 31st if you don't go on the trip you'll have access to claim you £300 just for helping us #KeepBritainGlowing.

Spoken by 11 million native speakers, Cuban Spanish, sometimes referred to as Cubano, is the lingua franca of Cuba. Despite its isolation, the Cuban language has been influenced by the vibrant diversity of the population.

The Flavors and Heritage of Traditional Cuban Cuisine

Cuba's prevailing religion is Christianity, primarily Roman Catholicism, although in some instances it is profoundly modified and influenced through syncretism.

Here are some interesting facts about Havana

1. HAVANA: SUCH A BRITISH CITY

While it is now uniquely Cuban, Havana was of course once a Spanish territory. It’s one of the lesser known facts about Havana, but did you know that the city was once (briefly) a British territory? France, Spain and Britain were some of the main participants in the Seven Years’ War (1754 – 1763), and the British captured Havana in June 1762. They held it for less than a year, before trading it back to the Spanish in exchange for Spanish territories in what is now Florida.

(WHO HAPPENED TO BE IN THE CARIBBEAN)

One of the most interesting facts about Havana is the city’s turbulent history. There were many nations that tried to conquer the city, not to mention the fairly frequent pirate attacks. The Pirates of the Caribbean might now be a series of Disney movies, but at one point actual pirates of the Caribbean were a real threat.

3. ITS NICKNAME IS ONE OF THE NICEST

Some cities have beautiful nicknames. Los Angeles is the City of Angels. Paris is the City of Lights. Havana has a rather gorgeous nickname: Ciudad de las Columnas, or the City of Columns. This name will seem rather obvious when you walk around Havana and note the glorious colonial architecture.

When you visit Havana’s Parque Central, you should take a moment to think about one of the strangest facts about Havana. It was from this point that Matias Perez ascended to the sky, never to be seen again. Perez was a hot air balloonist who made only one flight before his second (and final).

5. FROM RUM TO BUREAUCRACY

One of the most beautiful buildings in Havana is the former Bacardi Building. We say former, because an interesting fact about Havana is that the Bacardi family fled the city in the aftermath of the Cuban Revolution, taking their rum producing operations with them. This amazingly gorgeous Art Deco building was completed in 1930 and even has a bell tower at its peak.

When Havana was founded around 1515, it was on the south coast of Cuba in a swampy area near where Batabanó is now. Just a few years later, the city moved to its current spot on the northern coast with a built-in bay, which is now the harbour.

Every night at 9pm, the traditional cannon blast, or cañonazo, takes place at the fortress, La Fortaleza de San Carlos de la Cabaña. The guards start marching about 20 minutes before and perform a ceremony leading up to the explosion.

“My mojito in La Bodeguita, My daiquiri in El Floridita,” reads a handwritten sign, seemingly autographed by Ernest Hemingway, which hangs at La Bodeguita Del Medio in Havana’s Old Town. Tourists now flock to try both cocktails at Hemingway’s favourite haunts. A bronze, life-size statue of the author sits perched at the corner seat of the bar at El Floridita, waiting for his daiquiri.